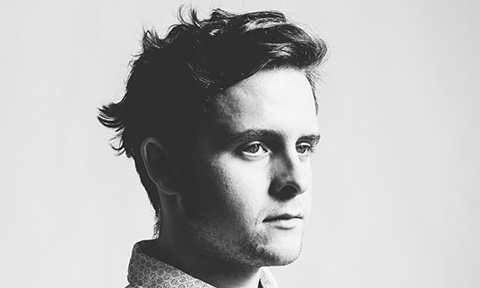 These Andrew St. James tunes and more are available now:

On the heels of the release of his second album, Andrew St. James and his alt-rock ensemble performed live on PressureDrop.tv to promote his new material and performances. PressureDrop.tv live streams showcases by an eclectic array of emerging artists in unique locations - for this performance, PDtv hosted the alt rock ensemble at an appropriately cool private loft party in the heart of San Francisco's SOMA. Andrew, a native San Franciscan himself, previously released the Doldrums (2013) and the Shakes (2014), both heavily influenced by his childhood growing up in the city. Starting out as a one-man singer songwriter in high school, Andrew eventually graduated onto a full band with drums, bass, and even a crooning slide guitar. His love for his hometown shines through on tracks like "The Lost, The Vain" and "Tapes", songs which tackle issues of love through the lens of the city by the bay. But it's more than his lyrical genius that kept the crowd fixated Andrew's sheer musical talent, drawing on alt, folk, blues and even some psychedelic styles makes him a triple threat: writer, singer, and musician.

Andrew's set was many things: dreamy, nostalgic, and almost bitter at times, but above all, personal. Many songs came with anecdotes about political figures, or his life as a kid. Throughout the stream he showed an impressive versatility, especially when his band blended their own voices to sing alongside him. Mellow songs like "Rosebud" and the almost lullaby-like "Marigold" were offset by louder, raw tracks like "Nightmares Pt. 17" and "Hey Boss" which he belted with a classic, Dylan-esque grit. He rounded the show off with an almost haunting cover of Johnny Cash's "Long Black Veil" and when the crowd yelled for an encore, he was quick to jump back onstage for "East of Eden", solo with his guitar like he first started out. No matter what he plays Andrew's music hits and resonates, and it's only a matter of time before the rest of the world finds out.

Andrew St. James will be playing around California before performing at Live 105's BFD this June.